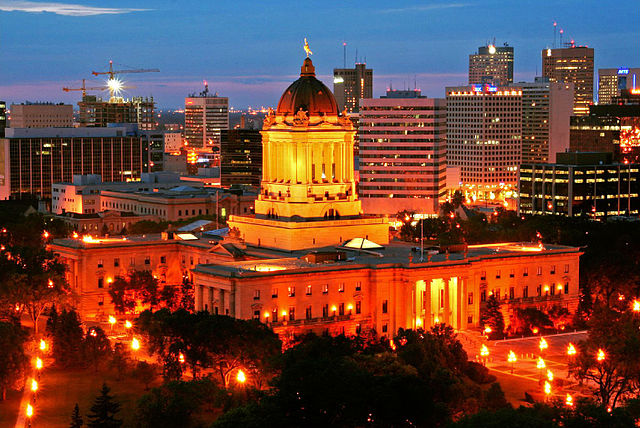 As famous for crystal-clear lakes and infinite forests as for its prairie farmland, Manitoba is a nature lover's paradise.

Dubbed the Keystone province for its central economic and geographic location, Manitoba marks the halfway point between Canada's Atlantic and Pacific Ocean coasts. It is bordered by Ontario to the east, Saskatchewan to the west, Nunavut Territory to the north and the American states North Dakota and Minnesota to the south. A swath of Hudson Bay coastline makes up a large chunk of Manitoba's northeast border.

Much of Manitoba is covered by lakes and rivers, a point not lost on anglers who troll the province's waterways for pickerel, pike, bass, trout, sauger and whitefish. Lake Winnipeg, occupying much of south-central Manitoba, is the 13th largest freshwater lake in the world - larger than Lake Ontario. Manitoba has North America's largest freshwater fishery, largely due to the whitefish fishery on Lake Winnipeg. A large resort area lies on the lake's south shore near Winnipeg, and fly-in fishing camps in the province's northern wilderness are popular with American tourists.

Most Manitobans live in the prairie south, but the Precambrian Shield accounts for the bulk of Manitoba's geography. About three fifths of the province sits on this rocky, glacier-scraped terrain. The north is largely unpopulated, except for scattered native reserves and mining towns such as Flin Flon, Thompson and Lynn Lake. Coniferous forests cover much of this land except in the far northern regions, where trees give way to tundra and permafrost.

Agriculture is a key industry in Manitoba. Manufacturing, forestry and mining are also significant contributors to the diverse economic base.

Royal LePage has complete real estate listings across Canada. Use the search box to find a home or click a listing below to view Canadian homes for sale.